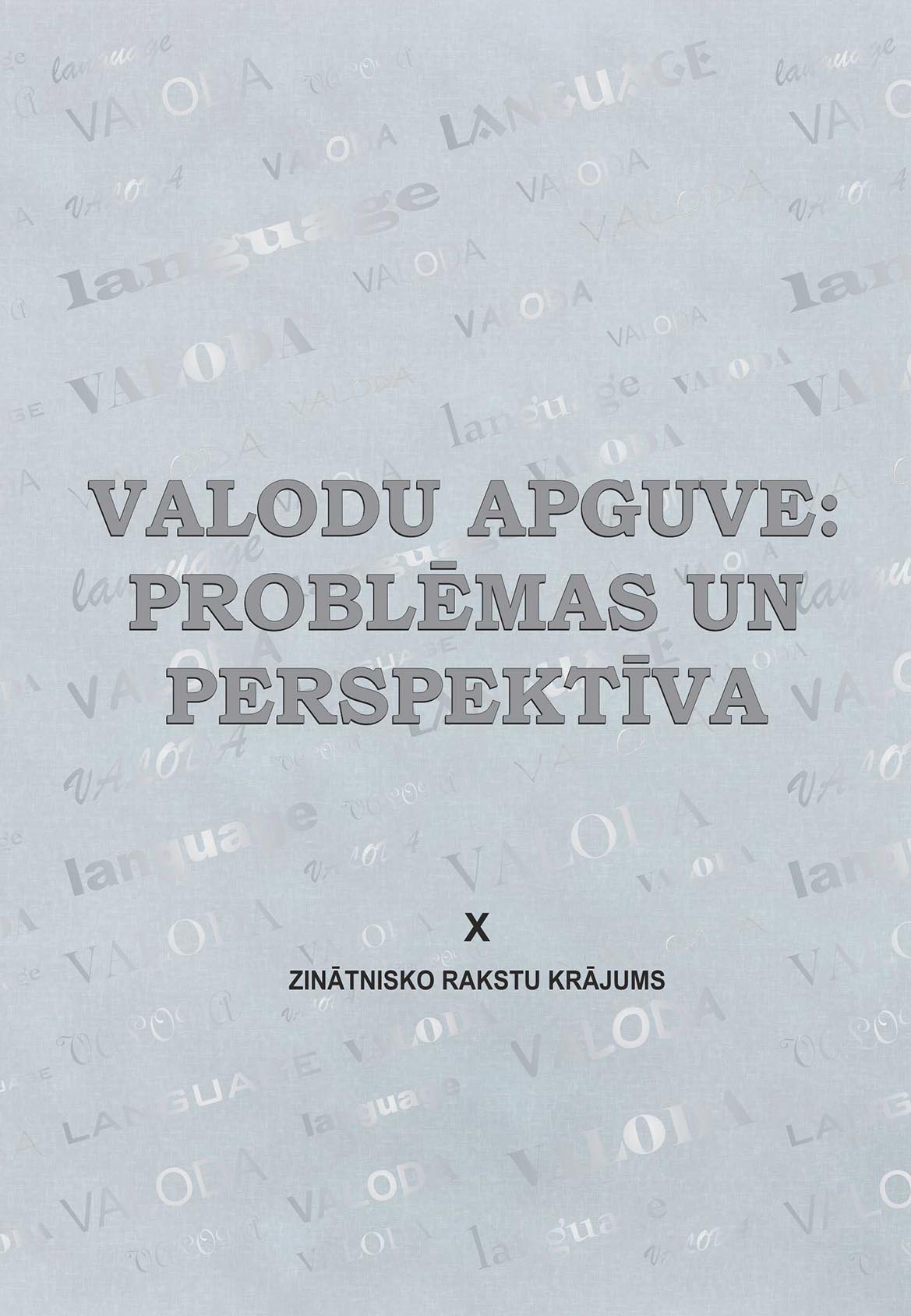 The collection of articles “Language Acquisition: Problems and Perspectives” has been published since 2001. It is monitored by an international scientific Editorial Board, which was led by Dr. paed. Ph. Ārija Ptičkina until 2009. The collection of articles has a wide range of subjects, connected with acquisition of a native language and foreign language, as well as contextual studies in linguistics, pedagogy, psychology. The research of language learning is differentiated not only by languages (Latvian, English, French, German, Italian, Russian, Spanish, German), but also by the age of language learners (language acquisition in early age and pre-school, school and higher education). Multilingualism and plurilingualism, intercultural communication and the impact of globalization, multicultural education environment and language teacher education, inter-language linguistics and bilingualism – these are the aspects in the context of which language acquisition is studied. In the articles published in the collection “Language Acquisition: Problems and Perspectives”.

Collection of articles X comprises 19 scientific articles based on the papers presented in Liepaja University international scientific conference Language Acquisition: Problems and Perspectives (April 11, 2013). The collection starts the chronicle “Learning Languages in Liepāja: The 10 th Anniversary International Scientific Conferences and of the Conference Proceedings” (author – Diana Laiveniece). The articles are structured in four thematic parts. The electronic version contains keywords and abstracts in Latvian and English. The articles in Russian are supplemented by the title in the original language.